Who says it is windy in Fuerteventura? Well ok, Fuerteventura can be quite windy I grant you, particularly at certain times of the year, but that is often a good thing as it helps to keep the temperature down to a nice level during the summer and it makes kite surfers happy.

No relatively small island in the world is without a good deal of wind for much of the time. I have never been to any of the islands of the West Indies, for example, that didn’t have a pretty constant moderate breeze most of the day.

So just how windy is Fuerteventura?

It is certainly not always windy in Fuerteventura, despite the rumours. I am writing this at 10am on 1st February and, looking out of my window, I can see that the leaves on the trees in my garden are not even moving slightly. It is totally still (and lovely and sunny too).

The amount of wind depends on a number of factors:

The prevailing Fuerteventura wind is from the NNE (north north east) as it is situated at the start of the Trade Winds that sailing ships of old used to travel across to the American continent (and yachtsmen still use today to cross the Atlantic).

What is the windiest month in Fuerteventura?

The two windiest months in Fuerteventura are normally July and August.

Now this may sound like bad news with those months being a popular time for visitors from the UK and other parts of northern Europe to visit (often with children). But fear not, it is actually a good thing, as without the wind the temperatures would be as unbearable during the day as it often is in southern Spain and the Balearic Islands during those months. My brother and his wife took their grandson to Ibiza in August last year and it was so hot that they had to stay in the air-conditioned sanctuary of their hotel during the day and could only go to the beach in the evening.

The wind helps to keep things cool so that you can actually spend the day on the beach or lying by a pool. On many beaches in Fuerteventura, at least the good, natural beaches, you will find many stone circles, built by tourists, that you can lie in to get out of the wind if you want. They also provide a good deal of privacy too.

When is is least windy in Fuerteventura?

September and October are more often than not the least windy months in Fuerteventura. In fact I think they are the two nicest months of the year as the temperature is still quite high and the wind is more like a light breeze. My wife and I always came here at that time of year for holidays which was particularly good as the children had gone back to school by then so flights were much cheaper.

Of course it is still possible to have a few windy days but you win some and you lose some.

Is it very windy in Fuerteventura in winter?

Although it certainly can be windy in Fuerteventura during the winter, that is only now and again. For the most part, an average winter day Fuerteventura is like a nice spring day in the UK (I vaguely remember those). For four years before we moved here full time we normally spent 2-3 months here over the winter and would be able to spend the afternoon on the beach the majority of the days and many of those would hardly have any wind.

This is a video I made about the winter weather in Fuerteventura:

Is the wind cold in Fuerteventura?

Well firstly, Fuerteventura is never cold, at least not by UK standards. Fuerteventura never even gets close to having a frost even on the coldest morning of the year.

But what about the wind? I have lived here for more than 7 years and I take my dogs for a walk every evening at about an hour before the sun sets. Last winter I put my fleece on over my t-shirt about ten times because the wind seemed a little cold when I went out – but I was still wearing shorts. And to be honest I probably didn’t really need it on half of those occasions.

Mind you, many think I am a bit hardy as I have only ever worn shorts since I have lived here. Some of my local friends I walk the dogs with sometimes wear jeans, shirt, jumper and a coat when we walk while I just have shorts and at-shirt on.

If you are coming here in holiday during the winter months then you may need a cardigan or something on in the evenings when you are out and about – but leave the winter woollies at home.

Which is windier Lanzarote or Fuerteventura?

To be honest, I think there is little to choose between the two islands as far as which is the windiest. They both have their moments. Actually, considering that they are only a few miles apart, you might think that if it is windy on a particular day in one island then it will be the same in the other. But bizarrely that often isn’t the case.

I find it quite amazing how different Fuerteventura and Lanzarote are, not only as far as the weather goes at any particular moment but also the landscape. I can see Lanzarote from just down the road from my house and quite often we have no clouds at all but I can see Lanzarote is covered in it.

Which is the windiest Canary Islands?

Both Fuerteventura and Lanzarote are generally considered to be the windiest Canary Islands. Why that is I am still not entirely sure as the other islands are further out into the Atlantic so it would make more sense if they were windier. I guess it is some kind of meteorological phenomena.

Mind you, that doesn’t mean that the other islands, such as Tenerife or Gran Canaria, are not also windy as they certainly can be pretty windy at times.

Although many people believe that the name Fuerteventura “Fuerte Ventura” means strong wind, the jury is out on this one. Fuerte certainly means “strong” but while ventura could mean wind it is more likely to mean luck/fortune. So it could mean either strong wind but more probably strong luck/good fortune.

Calima Fuerteventura – what is it?

A Calima often brings with it dust and heat. However, they are not that common and only tend to last for a few days, and a maximum of a week, when they do occur.

The dust can give the sky on the horizon a yellow/orange tinge, reducing visibility quite substantially at times. Most people with respiratory problems, such as asthma, generally experience few problems here in Fuerteventura most of the year as the air is so clean but during a Calima they can have problems.

The heat is not only caused by the warm air being blown in from the desert but also that the dust forms a kind of thermal blanket over the islands which allows the sun’s heat in but then traps it and stops it dissipating into the atmosphere. This is not normally a problem in the winter though.

You may have seen all of the media coverage about the big Calima in the Canary Islands. It was the worst that the islands have experienced, some say, for 40 years. If you want to see what it was like watch the video below:

What are the most popular sports in Fuerteventura?

Well not surprisingly, the Fuerteventura wind is actually an important factor in the most popular sports on the island.

Windsurfing, kiteboarding and surfing are extremely popular here and attract enthusiasts from all over the world. Without the wind, windsurfing and kiteboarding can’t happen, so it is pretty important.

Windsurfers take full advantage of July and August being particularly windy as the World Windsurfing Championships are help here then.

For anyone who is serious about these sports they spend lots of time studying the wind and wave heights on Windguru.cz which is an incredibly detailed site showing predictions at all times of the day. Just search windguru Fuerteventura on Google to see what I mean.

Don’t let the idea of winds prevent you from visiting the island for a holiday. They really are not generally a problem, and as I stated above, can actually be a blessing during the hotter summer months.

For more details, you can read my article all about the Weather in Fuerteventura. 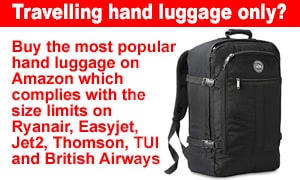 Holiday Apartments and Villas in Fuerteventura 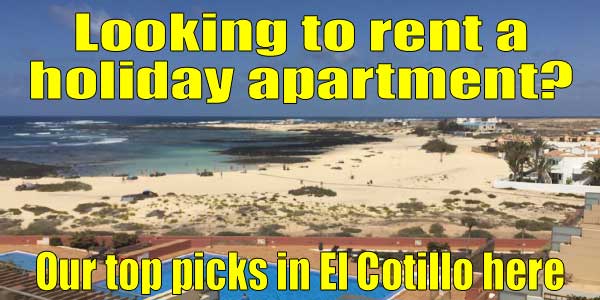 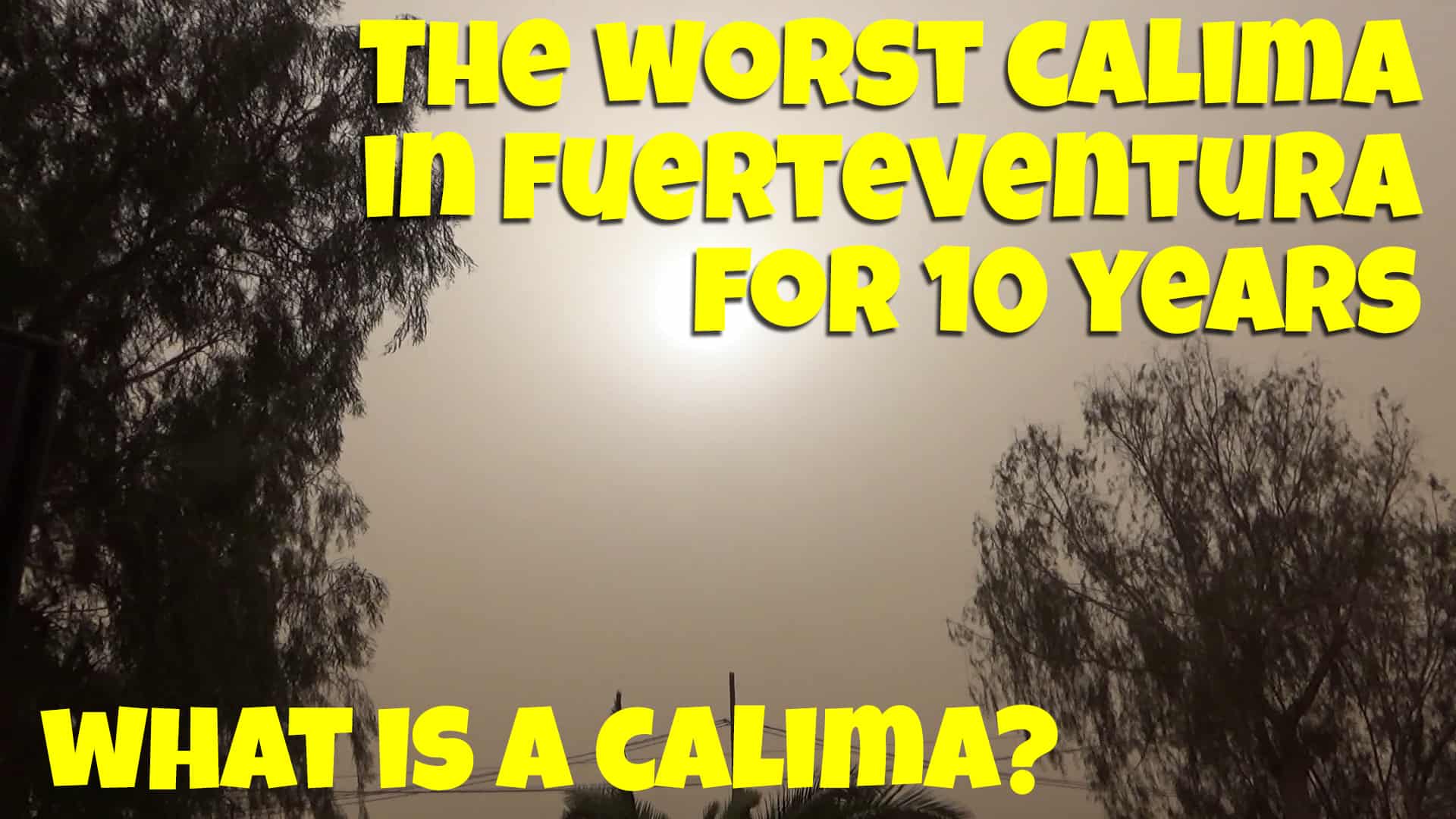 On Saturday 22nd February 2020 a big Calima hit the Canary Islands and Fuerteventura was directly in the firing line. It lasted for three days and was the worst Calima for 40 years some authorities are saying. What is a Calima? A Calima is a recognised named wind which blows from the Sahara desert westwards…

When people are looking for somewhere to go to escape the cold and rain in northern Europe during winter one of their first questions is “What is the weather like in Fuerteventura in winter?” Well in this video, hopefully, I will answer that question.  I have experienced winter in Fuerteventura for the past 10 years… 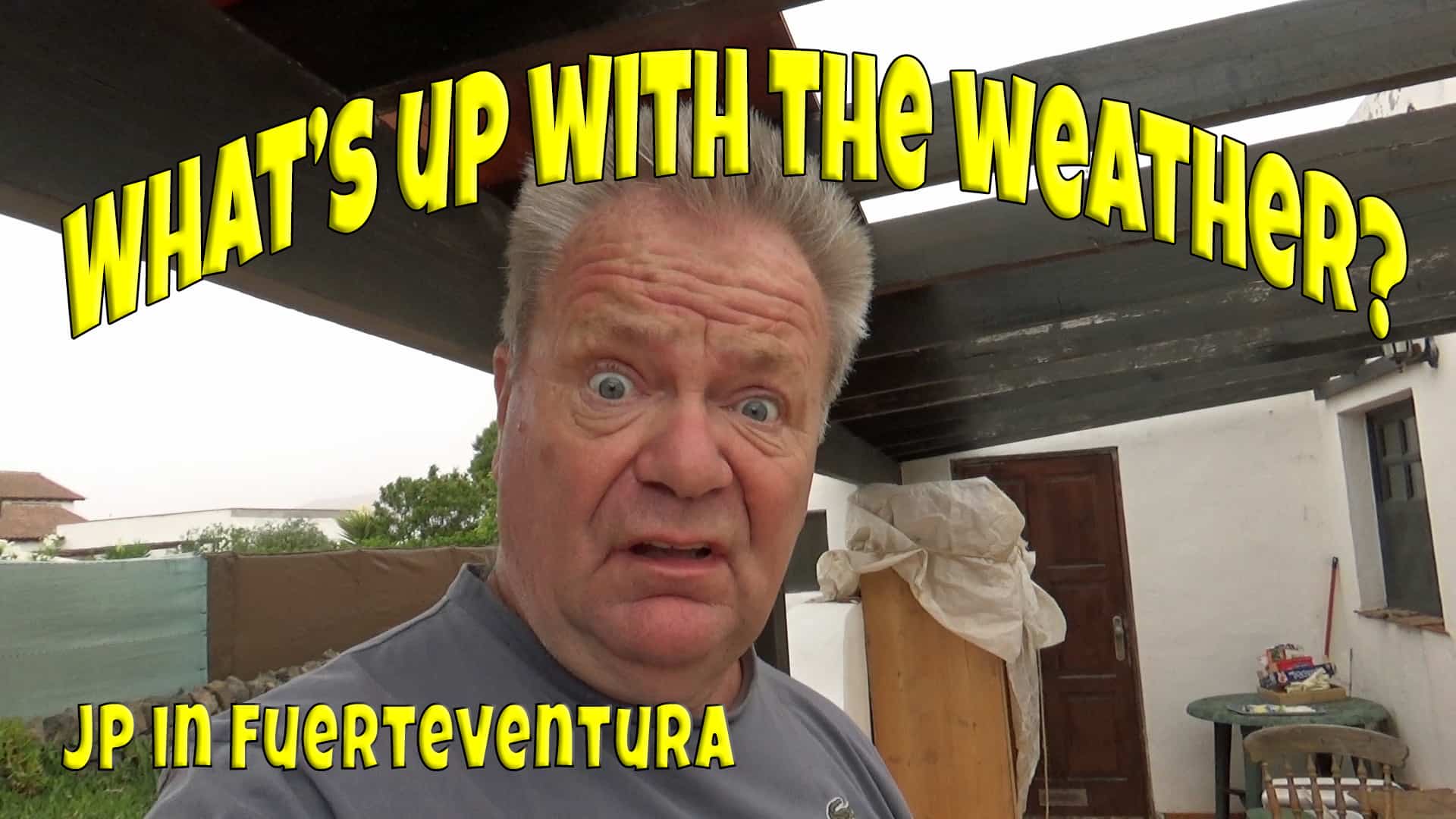 Fuerteventura Weather – Calima and dirty rain In the middle of July we had a Calima, which isn’t unusual, but then we also had a thunderstorm. Because there was so much dust in the air, due to the Calima, once the rain dried it left dust stuck to everything. It took days to clean the…