The Local Attitude to Dogs 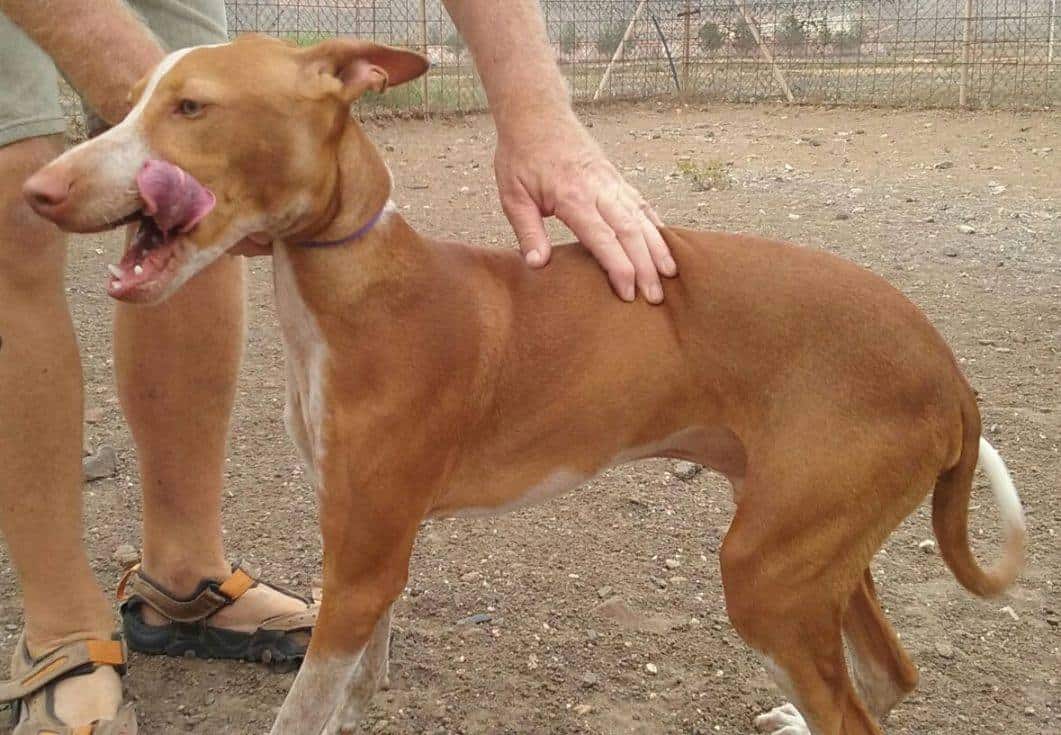 I didn’t intend my first real post about life here to be negative but this dog just happened into my life on Tuesday night so that set the scene for the first in the “What’s it like to live here” series entitled the local attitude to dogs.

Many dogs here spend their entire lives on a chain a couple of metres long, if they are lucky with a make-shift kennel for shade. It is no life for any creature, least of all a dog. But they are not the only dogs that have a bad life – hunting dogs do too.

On Sunday the hunting season started here. Many locals keep hunting dogs in make-shift pens on their properties where they are neglected for most of the year, apart from being given occasional food, and if they are lucky, some water. Most are Podencos like the one in the photo. Anyway, on Sunday, before dawn, we could hear numerous trucks going past the house with excited, barking dogs in the back. This would be the first time many have been outside their pens in months so it is no wonder they were excited. As soon as it got light we could hear the shotguns being fired all around the area, and this went on all day. Those “brave” local hunters, armed only with 12-bore shotguns, were going head-to-head with the vicious, man-eating rabbits of Fuerteventura. Anyway, don’t get me started on the morons that go hunting.

Some dogs inevitably are afraid of the guns and run off. I think that is probably what happened in this particular case as on Tuesday night we heard a dog barking, obviously very unhappy, for 4 or 5 hours. That in itself isn’t unusual unfortunately. About midnight I decided to go for a walk to try and track down where the dog was, as, not only was it upsetting for Sue and I to hear, but it was also upsetting Oscar, one of our dogs. Walking a couple of hundred metres I came to an empty building plot and using my torch I could see the dog right in the middle amongst some bushes. On seeing me he started slowly coming towards me, very frightened and distressed. I could see he was a young Podenco and gently encouraged him to come to me. I stroked him and then, as he allowed me to pick him up, I carried him back to my house.

Sue and I gave him two bowls of food as he was starving and some water. There was nothing we could do at that time of night other than take him in. Sue went to bed, and took our two dogs with her, while I spent the night on the settee in the lounge with the Podenco. Eventually, around 5am, he settled down and we both got a few hours sleep. In the morning I put him in the car and went up the road to the perrera (dog pound) in La Oliva. There was no-one there so I went to the town hall opposite to ask if someone could book the dog in. I was told “No, it’s not possible today”. Very helpful, I don’t think. Fortunately we have links to the charity, Fuerteventura Dog Rescue, who volunteer at the perrera so I rang one of the organisers who kindly got another volunteer to come down and book the dog in.

While I was there a local man arrived with a Podenco in his car. Apparently he had three dogs and gave this one to a friend to hunt with. He took it hunting on Sunday but it wouldn’t hunt so he gave it back. The man now wanted to just dump it at the perrera as he didn’t want it. I suspect if the perrera had been closed he would have just tied it up outside and left it. That happens all the time unfortunately. Some even throw their dogs over the fence into the exercise yard and the fence must be 2.5 metres high (see the picture below).

So, that is one of the major things I do not like about living here – the local attitude to dogs. Of course that is not the case with everyone but it is very common. Fuerteventura Dog Rescue do what they can to educate but the “it is only a dog” attitude is very strong here. That is why there are so many strays as few locals get their dogs sterilised – many believing it is “against nature”. Why spend money on a dog? But when they have puppies these ignorant idiots just dump them in rubbish bins or leave them in a box outside the dog pound. They are someone else’s problem then!

I hope things change but I can’t see it happening any time soon. Thank goodness for organisations like Fuerteventura Dog Rescue and the brilliant volunteers that make a difference to the stray dogs.

The dog is now called Romeo and is in pre-adoption with an Italian couple who will adopt him as soon as 21 days has past since I took him to the perrera. I am really pleased that he will now have a proper life.

Romeo has now been formally adopted and this is a picture of him with his new owner. What a lovely ending. 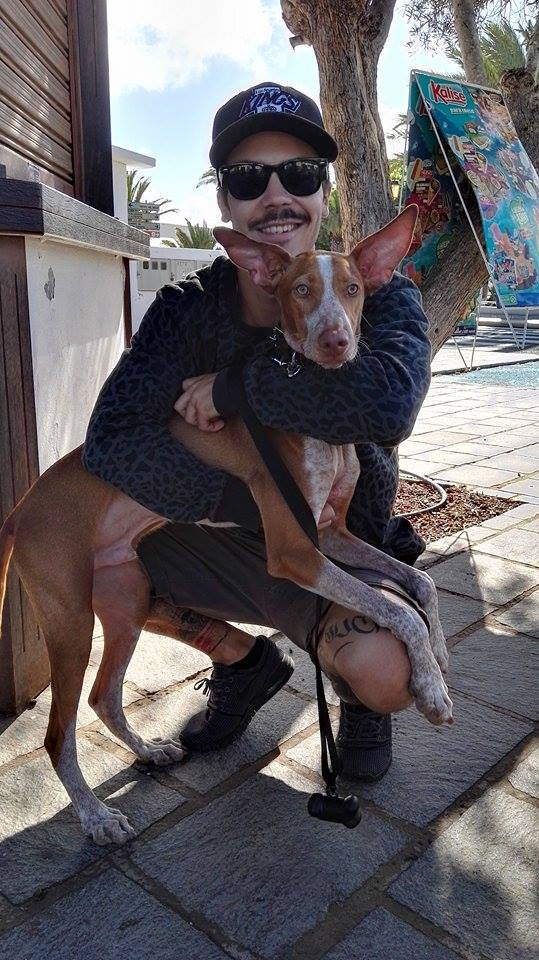 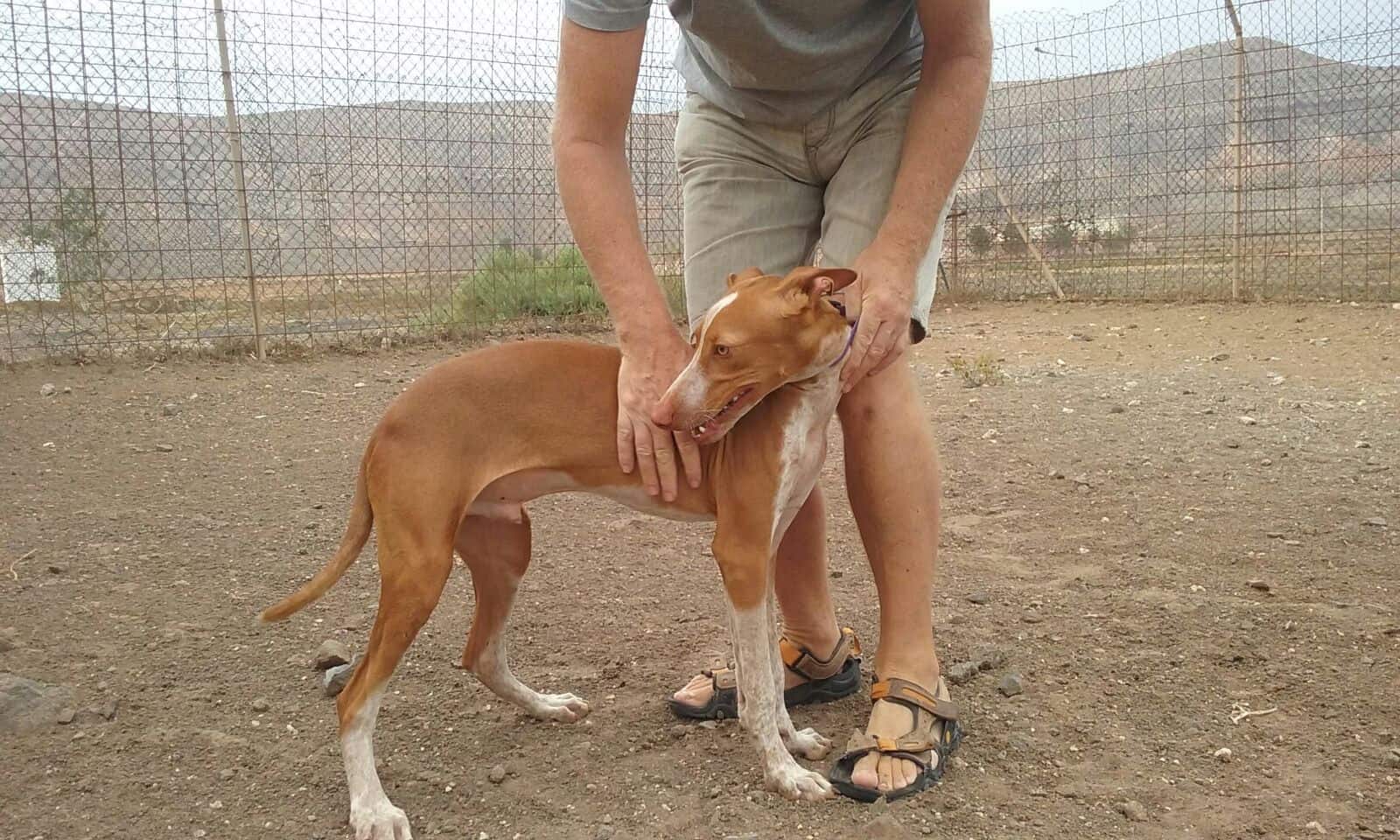 Retiring to Fuerteventura – How We Did It

The Ultimate Fuerteventura Airport Guide for Visitors By a Resident