The West Coast of Fuerteventura – beautiful, rugged, and spectacular

While the east coast has some beautiful beaches, the west coast of Fuerteventura has the most spectacular and rugged coastline, as well as some of the best beaches in Fuerteventura.

The Atlantic waves have obviously been battering the west coast for millions of years so it is no wonder it is so rugged.

It certainly makes up some of the best of the Fuerteventura scenery. The Fuerteventura coast at its best. Many of the beaches are pretty secluded so you can sunbathe all day with them virtually to yourself.

Want to know more about what Fuerteventura is like? Just take a look at the video below.

The video starts right up at the north of Fuerteventura at the Toston lighthouse. Then we travel down the west coast to El Cotillo, Tindaya, Los Molinos, Aguas Verdes, Ajuy, La Pared and Cofete.

Fuerteventura is a very naturist friendly island. Although there are no designated naturist beaches in Fuerteventura, you will find naturists on almost every beach provided that is not in a built up area of a resort or town. The law in Spain (and therefore in Fuerteventura) allows for public nudity in any “natural” place. Most…

PLEASE don’t take any of it away with you if you visit the beach! It is starting to disappear because visitors are taking souvenirs home with them (which is also illegal) Popcorn Beach is located on the north shore of Fuerteventura between Majanicho and Corralejo. It’s actual name is Playa el Hierro. Although most beaches… 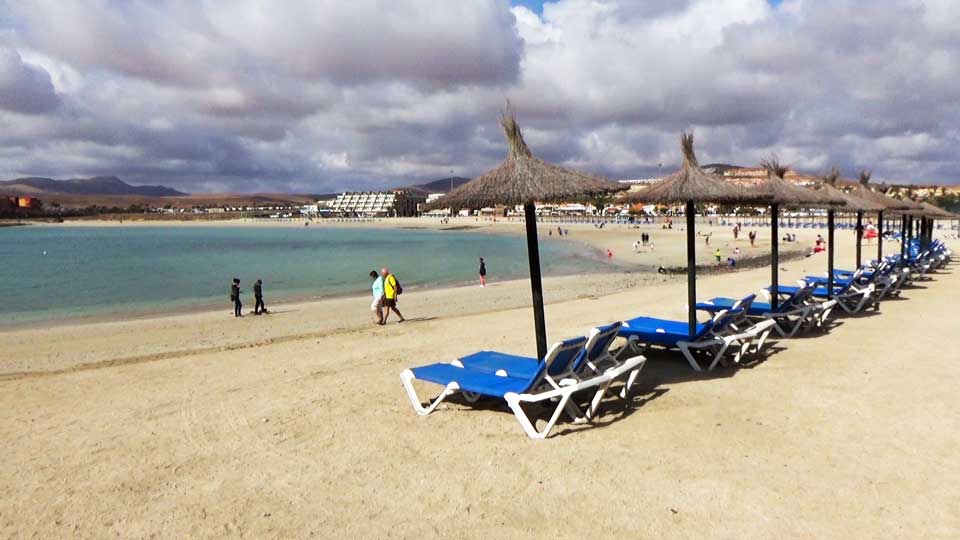 In this video I show the main areas of Caleta de Fuste, including the marina, the beaches, shops, restaurants, bars, some of the hotels and the golf courses. I also talk a bit about what Costa Caleta was like in 1987 when I first stayed there. First I show the marina area which is one…